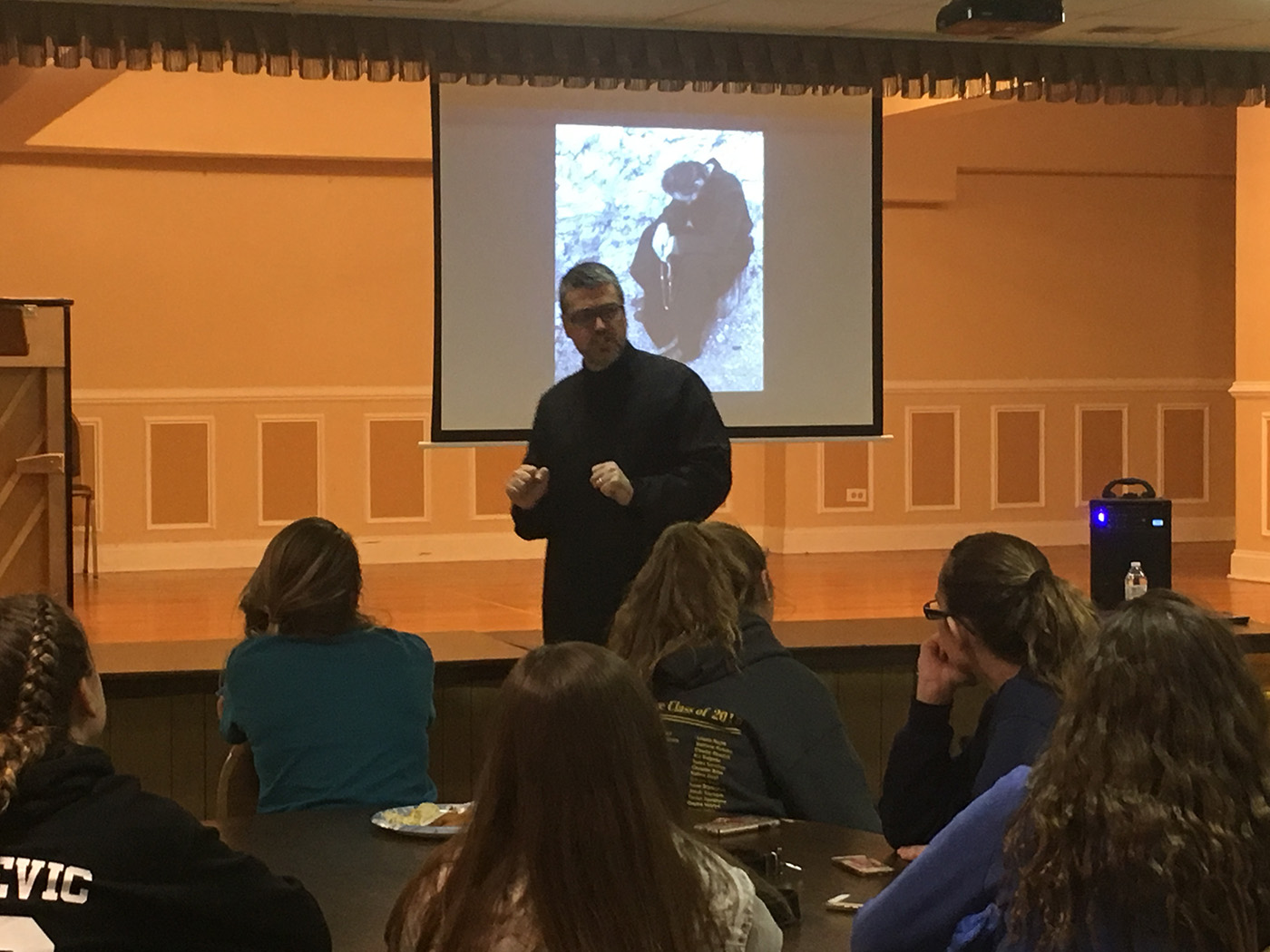 The School of Orthodox Studies is a ministry program of the Old Holy Resurrection Serbian Orthodox Church designed to provide interested individuals with the opportunity to pursue ongoing education in the Orthodox Church, its history, theology and faith. During the year, we will engage in the study of various books of the Bible and topics related to Orthodox Christian life. S.O.S meets every Sunday from September through May at 12:30 P.M. in the lower level of the church. 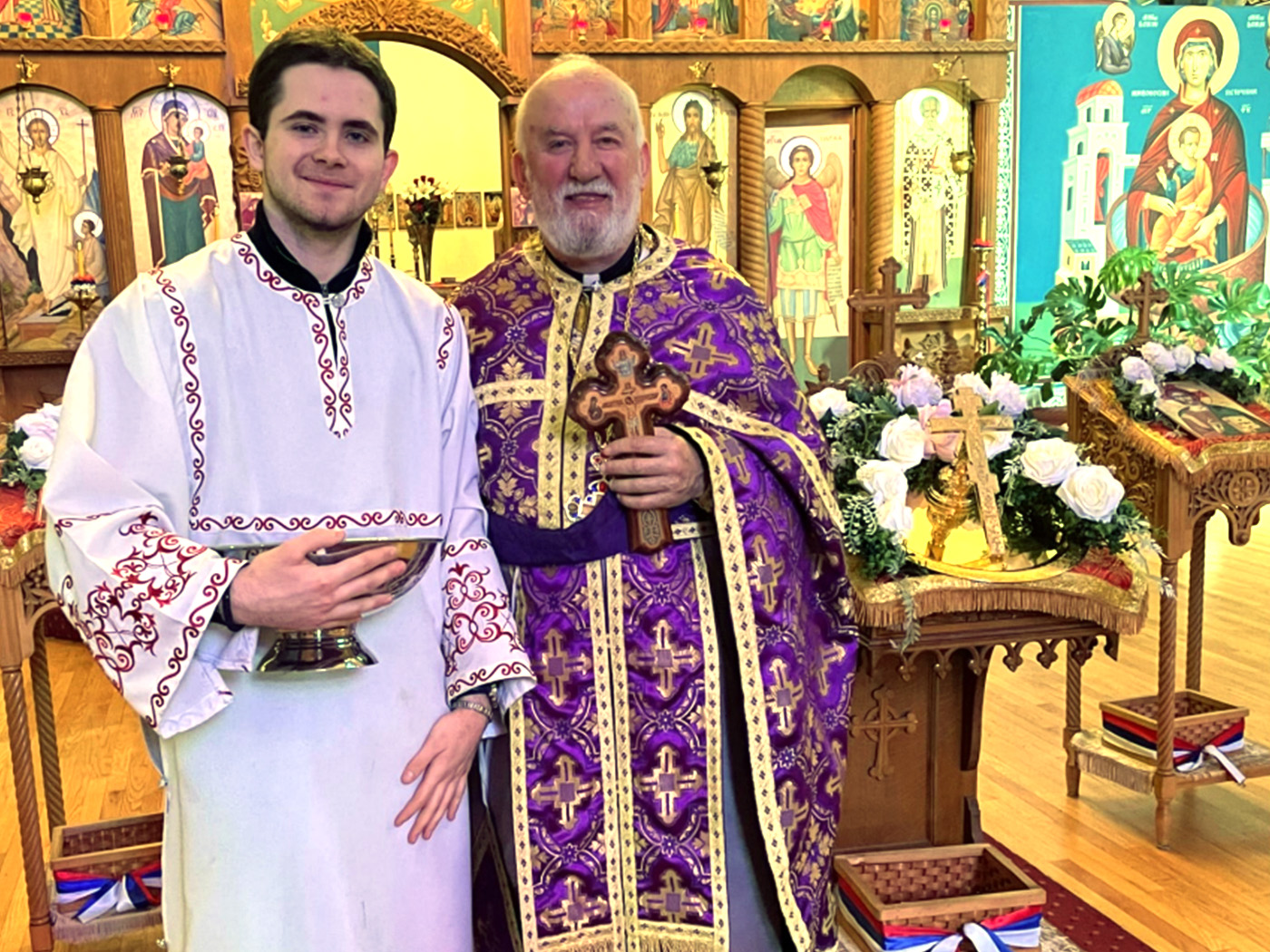 All boys in the parish over the age of 6 may serve as an Altar Boy. Altar Boys must be on time each Sunday and participate at the special services throughout the year. A young boy who wishes to be an acolyte serves a training period. Once fully trained, he is assigned to a Sunday group. 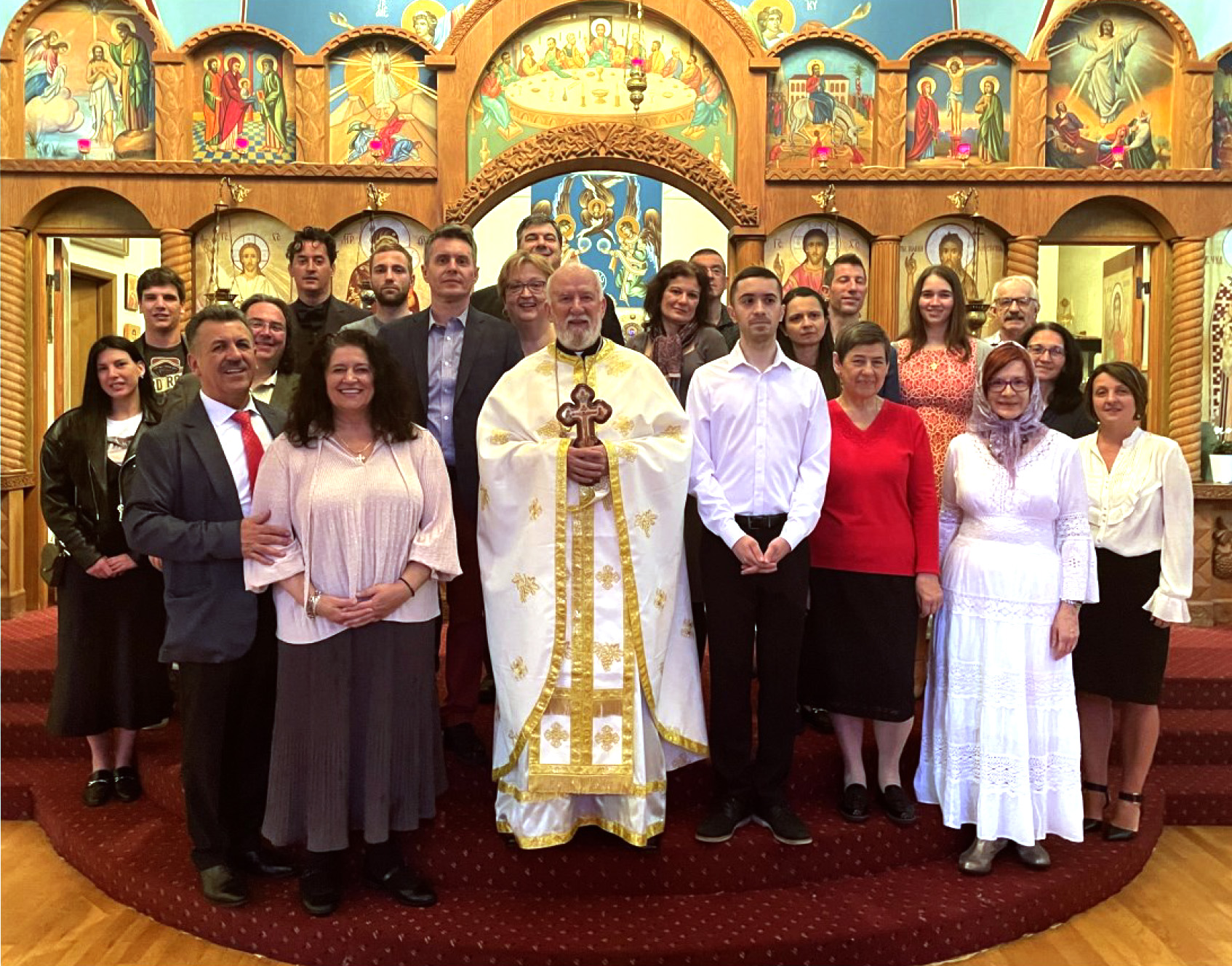 BRIEF HISTORY OF THE STEVAN STOJANOVIC MOKRANJAC CHOIR OF CHICAGO

Although the choir from Old Holy Resurrection Serbian Orthodox Church (OHR) has a long history under different names and under various directorships, the Stevan Stojanovic Mokranjac (SSM) Choir was named after the late Serbian composer back in the 1980’s. From the very beginning and to this day, choir members continue to sing on a voluntary basis during Sunday liturgical services and other special observances and events. In doing so this allows the choir to make a valuable contribution to the OHR church.

The Stevan Stojanovic Mokranjac Choir’s Mission is to sing to the glory of God and to perpetuate Serbian music and culture. In addition to singing for services, the SSM choir participates with other Orthodox choirs in various sacred concerts including but not limited to the Serbian Orthodox Choral Association’s (SOCA) Annual festivals nationwide. Singing in the choir is a wonderful form of stewardship of time and talent to the church. Each year the choir sets up a calendar of events. Choir practices usually take place once a week from September to June at church. (Specific dates and time for choir practices will be posted in church as well as on OHR’s web page www.serbianohr.org ). In addition, monthly choir meetings usually take place on Sundays following the Divine Liturgy. The SSM choir and its members are an integral part of the Old Holy Resurrections Serbian Orthodox church. We are always looking for people who would like to sing and contribute to our mission. For more information about joining the choir or becoming a sponsor, you may contact the President of the SSM choir at ohrmokranjacchoir@gmail.com or visit us on FaceBook – Serbian Orthodox SSM CHOIR ~ Chicago, Illinois on Palmer.

Patron Saint of the Choir 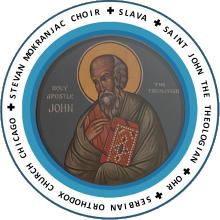 The Apostle and Evangelist St. John, called the Theologian, was the son of Salome and Zebedee. John was at first the disciple of St. John the Baptist. Listening to his witness of Christ as the Lamb of God who takes away the sins of the world, he, together with Andrew the First-Called, followed the Savior.

At the Last Supper he was so close to the Lord that in his own words, he lay his head upon Christ’s bosom, whence originated his name “bosom-friend,” which has since become a name for someone who is especially close. After the Lord’s Resurrection, we often see Apostle John together with Apostle Peter, together with whom he is also considered a pillar of the Church, and with whom he often travels to Jerusalem. True to the Lord’s command, he cared for the Holy Virgin Mary as a most devoted son, and only after her Blessed Dormition did he begin to preach in other lands. He lived mainly in Ephesus. He uniquely chose for himself a specific province and directed all the energy of his soul to eradicate paganism there and strengthen the holy faith.

During the time of Emperor Domitian (81-96), Apostle John, as the sole surviving Apostle, was summoned to Rome and by the decree of this persecutor of the Church was thrown into boiling oil, but the power of God saved him unscathed just as it saved the three youths from the fiery furnace. Then Domitian sent him to the desert island of Patmos. Here John wrote the Apocalypse, or Revelations of the fate of the Church and the world. Apostle John returned to Ephesus from exile. The Bishops and presbyters of the Ephesian Church showed him three Gospels written by the Apostles Matthew, Mark and Luke. Having approved these Gospels, Apostle John deemed it necessary to supplement that which was lacking and which he knew well, being the last of the living eyewitnesses.

In his Gospel, Apostle John explains the Savior’s sermons given in Judea. These sermons directed at the learned scribes were more difficult to understand, and most likely due to this fact were not contained in the first three Gospels, which were designated for the newly converted pagans. From ancient times the Gospel according to John were called spirit-filled. In comparison with the other three Gospels, they contain more the sermons of the Lord regarding the deepest truths of faith—on the incarnation of the Son of God, on the Creator, on the redemption of mankind, on spiritual rebirth, on the grace of the Holy Spirit and on Communion. From the first words of the Gospel, John elevates the thoughts of the faithful to the heights of the divine emanation of the Son of God from the Father.

Besides the Gospel and the Apocalypse, Apostle John wrote three epistles which were incorporated into the New Testament books as Ecumenical (universal) Epistles. The main thought in his epistles was: Christians must learn to love. During the last years of his life the Apostle preached only one precept: Children, love one another. His disciples asked: “Why do you repeat yourself?” Apostle John answered: “This is the most important commandment. If you will fulfil it, then you will fulfil all of Christ’s commandments.”

St. John the Theologian died a natural death (the only one of the Apostles to do so), being around 105 years of age, during the time of Emperor Trajan. The circumstances of the Apostle’s death appeared unusual and even puzzling. At his own insistence, the Apostle John was buried alive. On the following day, when the tomb was unearthed, it turned out to be empty.

This event affirmed the belief in the conjecture of some Christians that Apostle John will not die but will live until the Second coming of Christ and that he will unmask the Antichrist. The words said by the Savior not long before his Ascension gave them cause to surmise this. When the Apostle Peter asked after turning to the Apostle John, and what shall this man do?, the Lord answered, If I will that he tarry till I come (the second time), what is that to thee? Follow thou me. Apostle John makes a notation regarding this in his Gospel: Then went this saying abroad among the brethren, that that disciple should not die (Jn. 21:22-23). 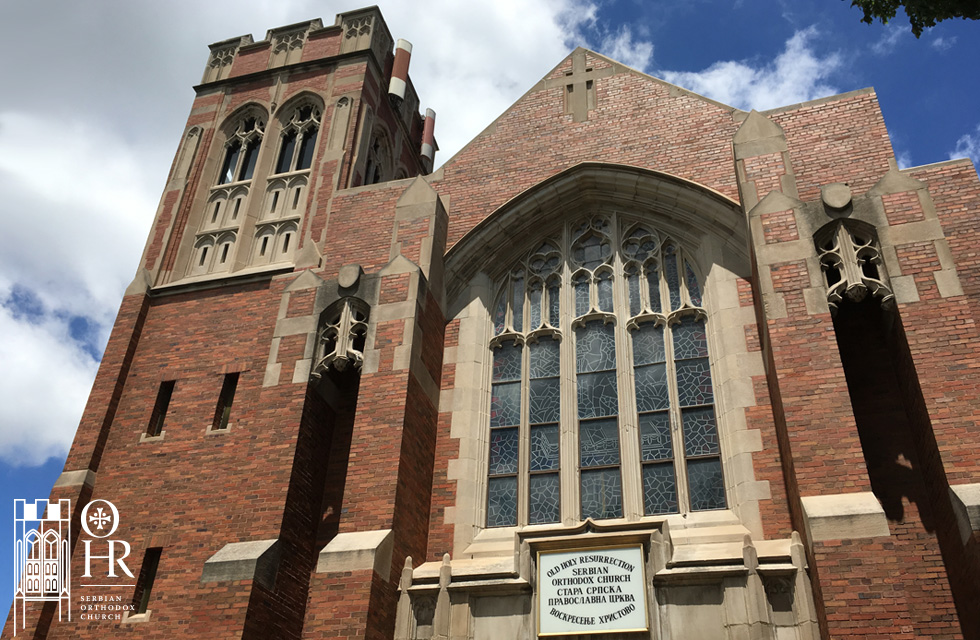 This is a group of men and women elected by the general membership of the church of our community to oversee the business of all the ministries of the church and for the good of the community. The members of the parish council must be members in good standing and ecclesiastically in order. 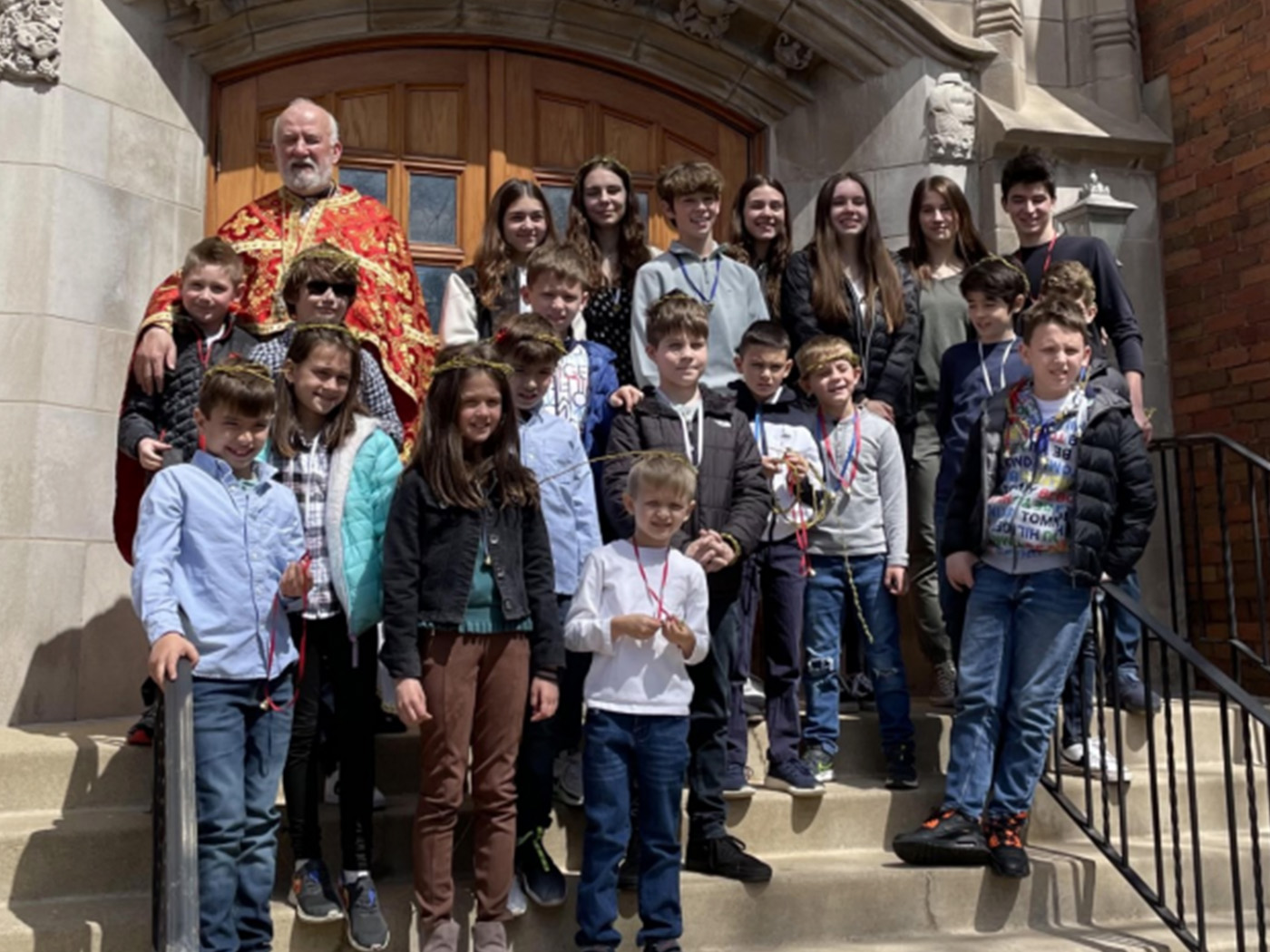 Church School religious education is held for children from 3 years old through high school on Sundays 10 a.m. Sunday School is held from September through May, and recesses during the summer months. 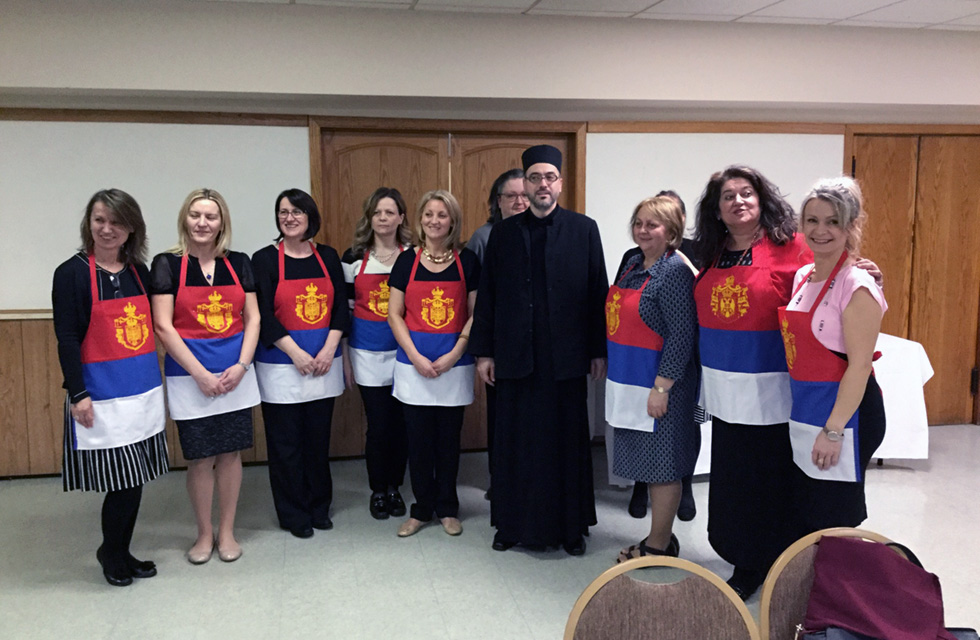 Circle of Serbian Sisters is a group of women that is spiritually centered and values friendship, family and motherhood. Meetings are held once a month from September through May. We also have many social events for the entire family. We also contribute on a national and diocesan level, which helps people throughout the country and throughout the world. Funds are raised through membership and various fund-raisers throughout the year. We are proud of the role of Kolo, that of being the right arm and the charitable arm of our church. 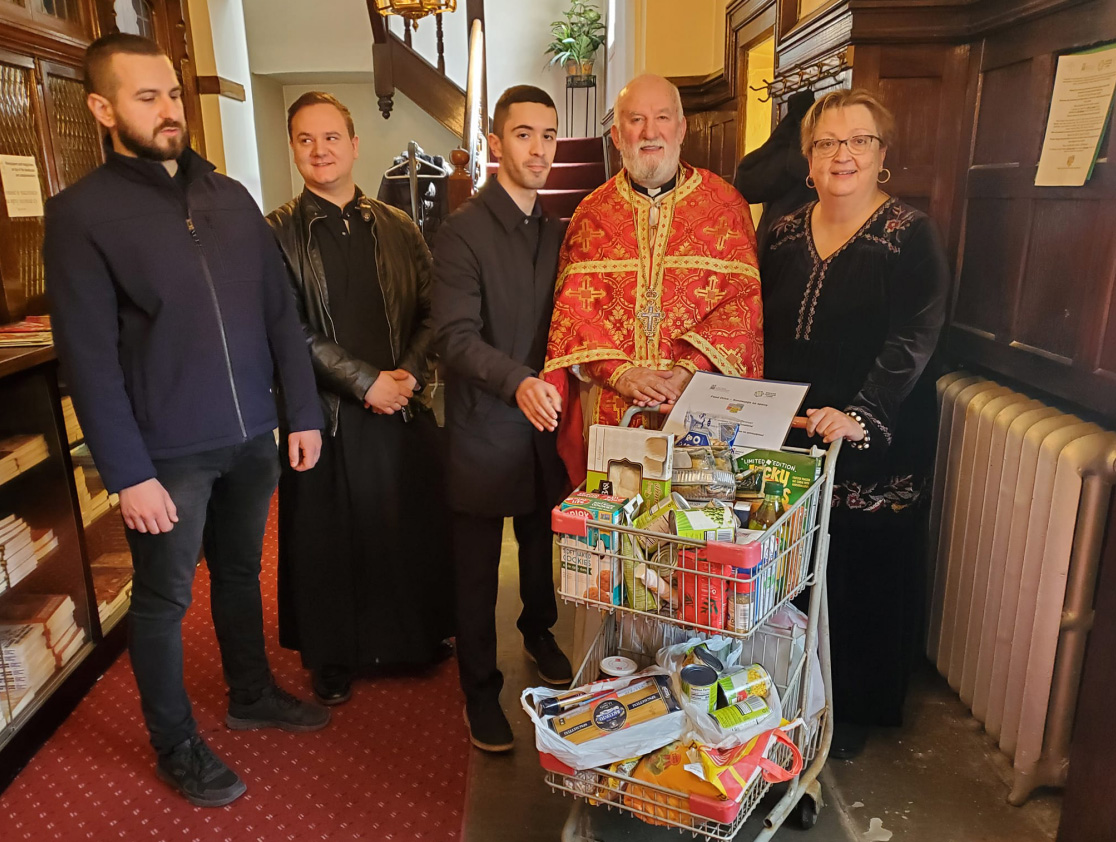 The Relief Fund Committee feels that helping others in need is a Christian cause and should involve those of the entire church, particularly the youth. Money collected or donated to Old Holy Resurrection Serbian Orthodox Church Relief Fund will be donated to the IOCC and the Focus North America. We will have a food drive involving the entire church and particularly the Youth Group. The food drive will be associated with the liturgical calendar. 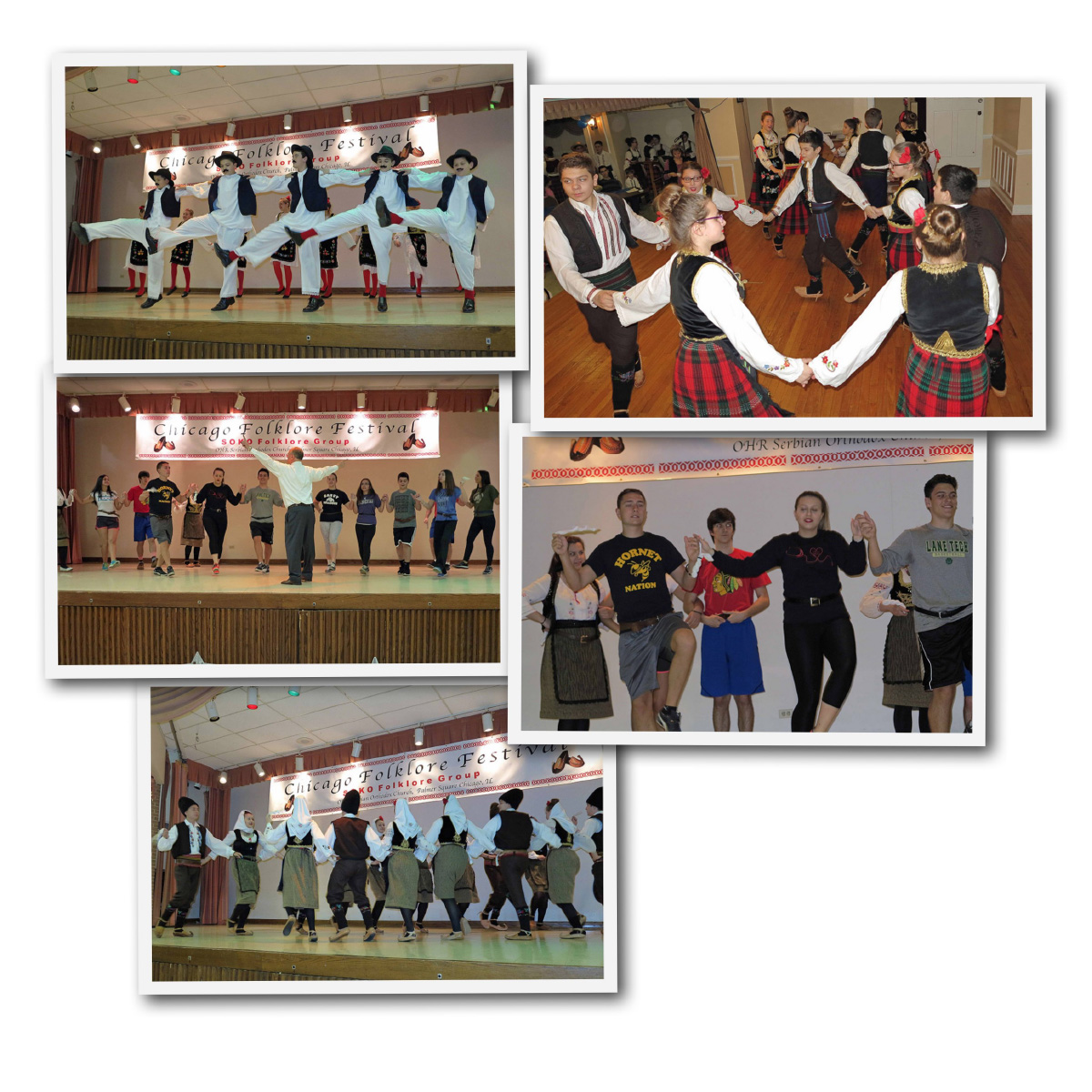 The folklore group consists of children of all ages, consisting of kindergarten, first graders and teenagers. Rehearsals are held every Sunday after the Holy Liturgy at 3062 West Palmer Square, Chicago, IL 60647. The groups occasionally visit Serbia, where in addition to participating in numerous festivals, they visit churches, monasteries and other important places.